Elvis Shabangu learnt about the value of money at a very early age as he helped to support his mother, a single parent, to take care of his siblings.
Every day after school and on Saturdays, Elvis would mow grass for the princely sum of R3,00 a week and by the end of Grade 9, he left the Sitfokotile High School near Kaapmuiden in Mpumalanga, to find work to further support his family. “I have no regrets thinking about that time as I had been doing so well at school that my friends gave me the nickname of ‘Mandela’,” he says. “Someone needed to help my mother and it was a privilege to be able to step in.” Elvis and Sibongile Shabangu of Kanyi Ilanga Trading have repeatedly turned to Bell Equipment to meet their forestry mechanisation needs and have come to rely on their range of Bell and John Deere equipment. Elvis soon found work on a coffee plantation near Barberton and when an English-speaking supervisor could not understand Afrikaans, Elvis was there to translate for him. His employer, Mr Kenneth Smith soon expanded his farming expertise to include silviculture as well and Elvis gained more valuable experience that would stand him in good stead in his later life.

“While we were hard at work at silviculture, I saw some timber harvesting taking place near to our site and I said to Kenneth Smith that I was confident I could do that work as well,” Elvis says. When Kenneth Smith’s Khululeka Forestry (Pty) Ltd eventually landed a timber harvesting contract for Sappi in the Helvetia area, Elvis’ dream came true to harvest timber and he could at last try his hand at overseeing felling, crosscutting, debarking and extraction to roadside. The teams used a skidder and stacked timber in 2-tonne stacks at roadside for short- and long-haul purposes. Soon Elvis was overseeing huge fleets of timber trucks hauling the timber to rail sidings for further transport to saw and pulp mills.

By 2004, Elvis started a new business after an earlier venture had failed and he had by his own admission, learnt valuable lessons. His fledgling company, Kanyi Ilanga Trading, ran some minibus taxis but forestry was by now in his blood. “I knew I had to get back into forestry but first I needed a contract,” he smiles. “I was well known in forestry circles and two managers with the company Timrite, Pieter le Roux and Mike Botha, were instrumental in my efforts to get back into the industry when I landed a harvesting contract for the company.”

Elvis was thrilled when he was awarded a harvesting and transport contract at Louw’s Creek, close to Barberton. The contract tasked him with harvesting 5 000 tonnes of Eucalyptus per month and transporting it over 60km to the closest mill. “From the start, we felled the timber by hand and I employed 215 people for this onerous task,” he says. “I needed loading equipment though and was fortunate enough to buy three used Bell 225A Loggers from Nick de Witt who also sold me a truck for labour transport and another one for timber haulage.”

The Bell 225A Loggers had at that time in 2005 clocked 5 000 hours each and, with some careful refurbishment over the years, they are still in the Kanyi Ilanga Trading fleet to this day. Other contracts soon followed and Elvis now employs some 700 people and handles full timber contracts from silviculture to harvesting, extraction and transport. The company extends its reach to a radius of 150km from its Waterval Boven head office and besides the 700 employees, it has nine managers and a massive fleet of 89 vehicles and machines, which include light and heavy trucks, Bell Loggers, John Deere Skidders and even two fire-fighting trucks. “With expansion came the need for more equipment as forestry is now fast becoming more and more mechanised,” Elvis adds. “In early 2015 we acquired two used Bell 225A Loggers in Piet Retief and, strangely enough, we bought the John Deere 540G Cable Skidder that had belonged to our former company and these machines are still giving us very good service despite their high hours and age of 10 years.” Kanyi Ilanga Trading also owns two used Bell 6×6 Timber trucks, a T17 and T21 respectively.

“The year 2015 saw us really expanding as more contracts rolled in,” Elvis says proudly. “In the early part of the year, we bought a new Bell 225A Logger and
followed that up with six more later in the year. We also attended Bell Equipment’s demonstration of the John Deere 640L Cable Skidder and were so impressed with this powerful machine that we bought one. All this equipment was bought from the Bell Equipment Customer Service Centre in Nelspruit on whose knowledgeable staff we’ve come to rely, for advice and technical backup.” “Fuel is a big expense for us and we use 50 000 litres of diesel each month but with the John Deere 640L Skidder and Bell 225A Loggers only using about 10 litres and 6 litres per hour respectively, we can’t complain given the sustained service that we get from these machines.” Elvis has also been impressed with the levels of service he receives from Bell Equipment in Nelspruit and he points out that on the rare occasion when a certain part is not available, a plan is made to get it overnight, to thus minimise machine downtime.

“Looking at the future, my plan is to slow down on silviculture as competition in this field is growing because new entrants don’t need as much capital equipment as one does in harvesting,” Elvis says. “Should we grow any more though, I would first turn to Bell Equipment forour capital equipment needs as we have come to rely on their great range of forestry equipment.”

The first three Bell 225A Loggers in the Kanyi Ilanga Trading fleet were pre-owned machines bought in 2005. These are still in operation but have since been joined by nine other machines, the majority of which were purchased new from Bell Equipment Nelspruit. 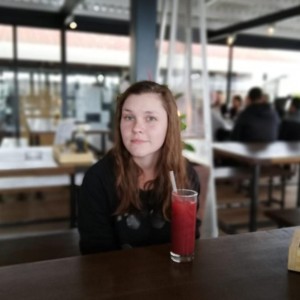